LoRaWAN, proven to be a flexible and reliable communication solution for smart cities all over the world

You are here:
news 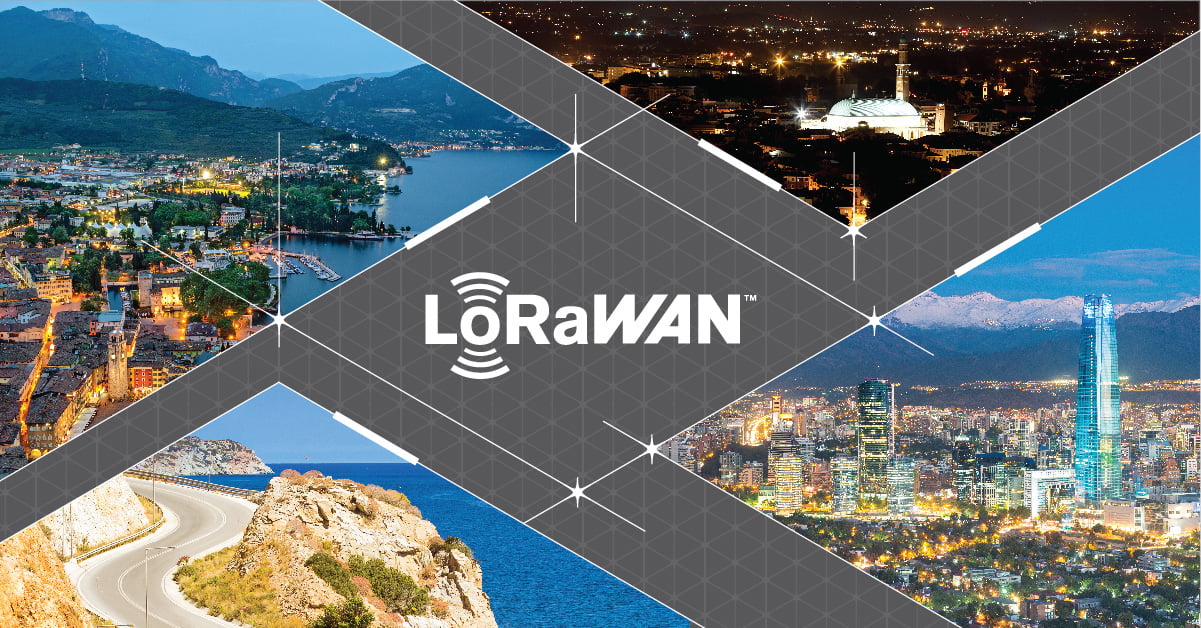 LoRaWAN, proven to be a flexible and reliable communication solution for smart cities all over the world

From Italy’s rural areas to the height of the Chilean capital and the coastlines of Greece, LoRaWAN, with its unrestricted, long range, low power radio communication capabilities, proved to be a solid IoT communication layer for smart street lighting projects and smart cities on 5 continents.

It might be hard to imagine that a single communication technology could improve highway safety, boost tourist experience in iconic Italian cities and at the same time reduce the energy consumption costs in South America’s cosmopolitan capitals. However, LoRaWAN is versatile enough to solve the modern challenges of ‘smart projects’ all around the world. How?

LoRaWAN is a low-power, wide area networking protocol designed to wirelessly connect IoT devices. It can be used in various IoT (Internet of Things) solutions that require cost-efficient and reliable data transfer by eliminating the need of complex local installations: with only one base station, that can be acquired and installed privately, you can control thousands of luminaries in a 5 to 10 km range.

Of course, these benefits also come with less desirable characteristics. The communication bitrate is restricted and real-time communication is not an option for most situations, with high-density urban areas being a particular challenge (both due to high building density and radio clutter).

However, an enabler of IoT smart applications, LoRaWAN became the answer for cities like Brescia and Santiago, reducing energy consumption and maintenance costs, creating a safer place for citizens and tourists, decreasing pollution and enabling other smart city applications.

Brescia is not a vertical city. Like so many places in Italy, its buildings are just a few stories high, bearing the weight of hundreds (and sometimes thousands) of years of history. But how about the smaller villages around the city, that want to tap into the urban benefits but lack the resources?

To improve the efficiency of their public services (street lighting, for example), some of these villages have decided to work together. Organized in clusters, they are a more interesting customer for utility companies, while keeping the spending to a minimum.

Smart lighting is one of these services, and inteliLIGHT was an opportunity to modernize the infrastructure, conserving the history and boosting the tourist experience, while ensuring overall safety for all inhabitants and keeping costs at bay.

Thus, the right system for the city’s needs had to rely on a communication technology that could offer long-term functionality in a region with low building density, while connecting several municipalities into the same system. Covering 5 to 15 km line-of-sight with only one base station in similar regions, supported by inteliLIGHT’s control software capabilities, LoRaWAN™ proved to be the right choice.

The implementation was simple and fast. Thanks to the 10.000 Zhaga LoRaWAN™ compatible street lighting controllers and the 1200 segment controllers, the municipalities were able to reap all the benefits of a modern smart street lighting solution: completely autonomous lighting and detailed street lighting information, real-time malfunction alerts for identifying, repairing and even anticipating lighting malfunctions.

None the less, in a world where large and small cities alike are trying to manage their resources more carefully, looking for more efficient and sustainable management of resources became a priority for other Italian cities, too: read more about the smart lighting projects in Vicentinoor Grottaglie.

The mountains that tower above Santiago are among the highest of the Andes (Tupungato, 50 miles east of the city, rises to 6,500 metres). Situated within an hour of both the mountains and the Pacific Ocean, the city itself is a unique combination between colonial history, modern architecture and high-tech investments, that lies between 500 and 600 m of altitude.

Santiago is shaped by several stand-alone hills and the fast-flowing Mapocho River, with a high-density urban center right in the middle (including high-rise buildings) and tackles an important environmental issue: smog tends to build up, especially in the winter.

Like all metropolitan cities, Santiago also faces challenges related to congestion and energy efficiency – and the municipality has the ambitious plan to tackle them by implementing tech innovations, to bring Santiago closer to the concept of Smart City. Smart lighting was accepted as a great point to start, and LoRaWAN was the communication of choice for the municipality, as it offers all the smart city opportunities they were looking for.

However, as for other dynamic larger cities, finding a suitable and functional street lighting solution proved to be a challenge. With an uneven and dense urban landscape, Santiago needed a solution to accommodate specific infrastructural and technical needs. After testing different technologies, the best match was found to be a combination between LoRaWAN and cellular communications (for the high-density urban areas of the city). Even despite the complex geographical layout of Santiago, the entire lighting network was able to efficiently connect and communicate with the street lighting management software.

The project for Chile represented a 15 year commitment from ENGIE to modernize and manage the public lighting infrastructure, using smart street lighting technology to create a safer space for citizens. This multi-sided solution involved 10000 streetlamp controllers and 1200 segment controllers. inteliLIGHT used a combination of NEMA LoRaWAN controllers (for individual lamps) and FRCM (for lighting segments) to bring smart lighting benefits to the community and to encourage resource saving for the municipality, while creating smart city synergies and inspiring the regional IoT revolution due to the other possible smart city integrations: irrigation, waste management, city asset localization, air quality and environment sensors.

Lighting highways stopped being a challenge for Greece

Highway lighting is a challenge in itself – the bridges, parking and services areas are stretched over hundreds of kilometers.

Sometimes in remote areas, without public communication coverage and with a low lighting fixture density, highways need a lighting solution able to address specific requirements. That was the case of the A1 motorway in Greece. It required an easy and cost efficient IoT compatible communication infrastructure, capable of covering wide areas. Therefore, LoRaWAN was the solution of choice due to its capabilities to reliably connect sensors and actuators over long distances, using low-bitrate public radio frequencies.

Over a period of 3 months, the implementation teams, together with Flashnet’s support, have deployed almost 4 400 streetlamp controllers that stretch over more than 300 kilometers. With every base station covering more than 5 km radius, only 30 LoRaWAN™ compatible base stations were needed to provide private IoT communications for the entire project.

A global energy and services group, focused on three core activities: low-carbon power generation, mainly based on natural gas and renewable energy, global networks and customer solutions. In 2018, ENGIE announced the acquisition of 60% of Flashnet, a Romanian Internet of Things (IoT) company. Thanks to its solutions, many cities, both large and small, already enjoy all the benefits of smart public lighting networks. Learn more on (www.engie.com).

FLASHNET is a fast paced tech company that integrates the latest IT, energy and telecommunications technologies into hardware and software solutions, creating and implementing intelligent systems for smarter cities and better infrastructure. Founded in 2005, FLASHNET is a leader in intelligent utility management systems, with worldwide operations. Since 2018, FLASHNET is part of ENGIE group. (www.flashnet.ro)

inteliLIGHT® is a reliable remote street lighting management solution developed by Flashnet. It ensures that the right amount of light is provided where and when needed, encouraging better resources management and sustainability. By upgrading your existing street lighting infrastructure, you not only save money and improve efficiency, but also transform the existing distribution level network into an intelligent infrastructure for the future. (www.inteliLIGHT.eu) 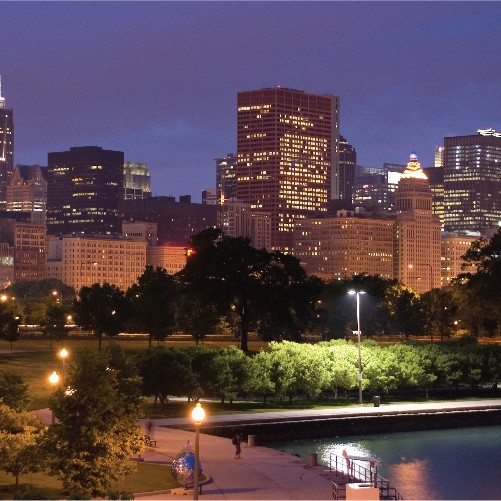 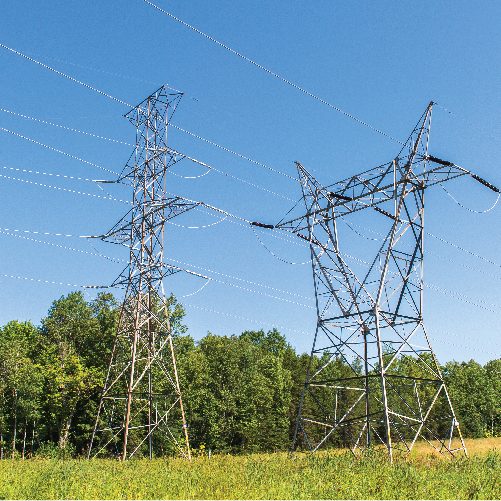